Originally from Canberra, Kath has developed a highly respected producing practice of diverse aesthetics, cross-cultural exchange & collaboration over two decades in the arts. She has worked extensively on collaborations, tours and festivals in Indonesia, Malaysia, Korea and China, and grounds her practice in Australia’s geographic location within the Asia-Pacific. Through Kath Papas Productions (KPP), she works collaboratively with a group of outstanding established artists, collectives & companies whose work intersects with the burning issues of representation, self-determination, gender, spirituality, climate and environment. KPP receives support from Creative Victoria’s Victorian Independent Producer’s Initiative, 2021-3.

She has worked with Finucane & Smith for over a decade across their regional, national & international program, and works part-time as Senior Producer for APAM & ILBIJERRI Theatre Company, mentoring an emerging First Nations Producer.

Prior to her full-time producing focus, Kath was Director of Ausdance Victoria from 2003 to June 2009, having previously been Administrator (from 1999 to 2002). During her directorship, Kath led a major period of strategic development and growth in the organisation, delivering many major projects, festivals, symposia and sector development initiatives. Some highlights in the latter period of her time included the Australian Dance Awards 2008 and 2009, where she developed a model that included public outreach and industry programs alongside the Awards Gala, and securing investment for the first regional dance map of Victoria. 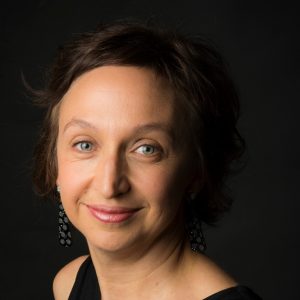 Kath joined us for Skills Caravan 1,  introducing ideas around slow touring and concept touring alongside some market development basics and some networks for tapping into.

APAM Australia’s international arts market
PAUSE, PLAY, PERFORM digital platform coming up in May
A bigger in person and hybrid Gathering in 2023
Sign up to the e-news

Great podcast on concept or process touring, as well as creative producing and a few others

MILKE Producer & artist bootcamps if you wish to upskill, run by one of Melbourne’s leading indie producers

The great resource and thinking coming out of the USA around helping artists minimise their risk, contracting etc.