Tammi Gissell is a performer, choreographer, teacher, adjudicator, published poetess and
performance theorist. Since 1996, she has toured remotely, regionally, nationally and
internationally in a range of performance genres.
She holds a Bachelor of Performance: Theory and Practice from the University of Western
Sydney (UWS) and was inducted into the Golden Key International Honour Society for
achievements in performance theory in 2004 and later graduated Deans’ Medallist and
Reconciliation Scholar in 2005.
In 2006, she accepted an invitation by the UWS to sit her Honours Degree research into the
role of gesture and posture in the formation of body identity- again graduating on the Deans
Honour Roll.
From 2007 – 2011 Tammi was Course Coordinator at the National Aboriginal and Islander
Skills Association (NAISDA Dance College) while also presenting her body of solo works and
appearing with leading Australian dance and theatre makers including Graeme Watson,
Mirramu Dance Co., Liz lea and Co., The Physical TV Company, Branch Nebula, Kinetic
Energy Theatre Co., Lina Limosani, Mathew Day, Jason Pitt, Darren Green and Bernadette
Walong.
In 2009 she was nominated for an Australian Dance Award (Outstanding Performance by a
Female) for Eleo Pomares’ GIN.WOMAN.DISTRESS passed on to her by its original dancer Dr.
Elizabeth Cameron-Dalman.
In 2010 Tammi was invited by the World Dance Alliance to present her research paper
‘Dancing the Dreaming: Temporality and Contemporary-Indigenous Dance at the World
Dance Alliance Global Dance Event held in New York City.

While artist in residence at ACPA (2011) she created ‘FEATHER + TAR’, which was re-
developed into ‘FEATHER & TAR: A CABARET OF SORROWS’ and presented in the Australian

Dance Award nominated production BLAKDANCE 2012.
Also in 2011, she was commissioned to write ‘A Powerful Pride: Reflections upon dance and
performance of the Torres Strait Islands’ for THE TORRES STRAIT, a reference book to
accompany the 2011 ‘AWAKENING’ season and celebration of Torres Strait Islander culture;
held in conjunction with Queensland Museum, Queensland Performing Arts Centre and the
Art Gallery of Queensland.

Tammi has taught, lectured or held residency at the Queensland University of Technology,
Victorian College of the Arts (Wilin Centre), University of Newcastle, NAISDA Dance College,
Aboriginal Centre for the Performing Arts (ACPA), The McDonald College, Quantum Leap
(QL2), Canberra Dance Theatre, National Institute for Youth Performing Arts and National
Youth Dance Theatre.
She has sat on the Australian Tertiary Dance Council (2008-2011), and was a panellist on the
BlakDance First Nations Dance Panel in 2012 and the National Dance Forum in 2013; as well
as acting as advisor to Quantum Leap Youth Dance Company for the ‘HIT THE FLOOR
TOGETHER’ production and speaker at the National Dance Forum.
In 2012, Tammi began research and development of the full-length solo work ‘MAGNIFICUS
MAGNIFICUS’ with Liz Lea & Co. which premiered in October 2013 at the Street Theatre,
Canberra and for which she was nominated for a 2014 Australian Dance Award.
She has completed choreographic commissions for OCHRE Dance Company in 2012,
Canberra Dance Theatre for the National Gallery of Australia in 2013. Tammi also delivered
lectures to the DanScience Festival in Canberra in 2013 and 2014.
In 2016, Tammi performed at the Museum of Applied Arts and Sciences in Sydney for
National Sorry Day and returned to Canberra to speak at the National Film and Sound
Archives as part of the Black Chat series.
In 2017, Tammi delivered lectures and performances at the BOLD Festival, Canberra as well
as performed at the National Portrait Gallery and QL2 Studios in Canberra, continued to
deliver choreographic and performance theory studies at Ettingshausens Fulltime and took
up the role of Indigenous Programs Producer at the Powerhouse Museum, Sydney.
Tammi also choreographed the Acknowledgement to Country for the GREAT SPORT!
Production by Canberra Dance Theatre, directed by Liz Lea which was awarded the 2017
Australian Dance Award for Outstanding Achievement in Community Dance.
Tammi relocated to Auckland in 2017 where she took up the role of Education
Coordinator/Artist with The New Zealand Dance Company as well as adjudicating the West
Auckland Dance Festival, Showcase Schools Competition and the Waitakere Performing Arts
Challenge in 2018.
She is currently overseeing the relocation of the Aboriginal and Torres Strait Islander
collection of materials from the Museum of Applied Sciences to its new home in the
Parramatta Powerhouse whilst working on a new commission Mundaguddah for the
Canberra International Music (premiered in May 2021) and working as an independent
compliance consultant and assessor for Ettingshausens Pro Fulltime Dance courses, Sydney. 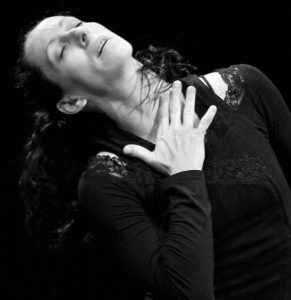