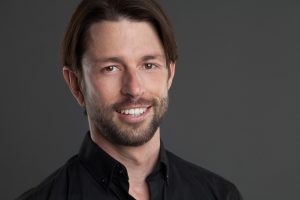 Christian Doran has worked in the film and games industry for the past 15 years as a writer, producer and production manager. Since completing his post-graduate training at AFTRS he has produced feature films including Me and My Mates vs the Zombie Apocalypse starring Jim Jefferies, co-produced Locks of Love starring Aaron Jeffery, and most recently he line produced Tony D’aquino’s The Furies. Christian has also written and directed a number of award winning short films that have been screened internationally.In 2019 he began using his skills to help people with neurological conditions engage in exercise by producing motivating Virtual Reality activities based on clinically proven physio techniques. RecoveryVR is now a growing business that is branching into pain management, mental health and offering a VR telehealth solution to clinicians.