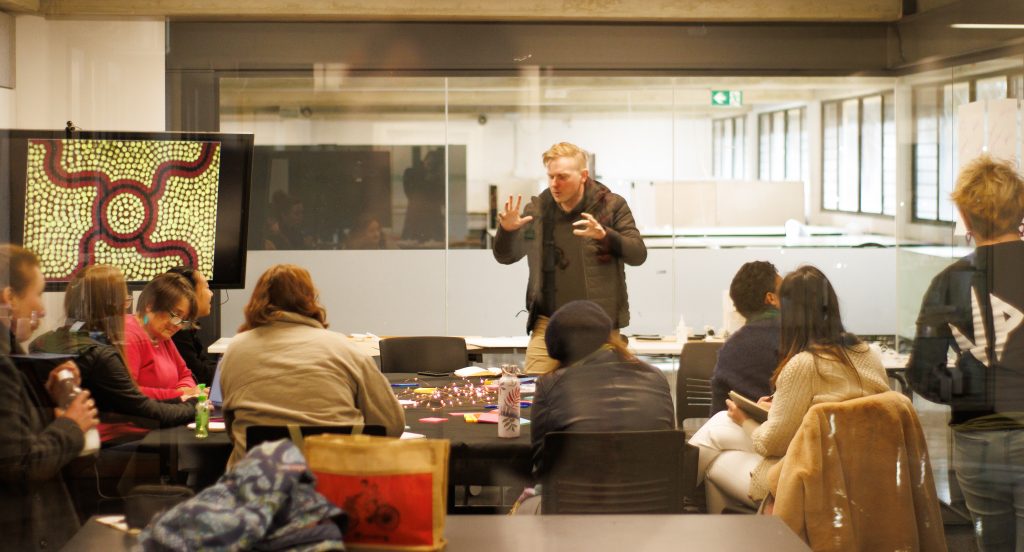 The seven artists were selected on the submission of a one-sentence pitch, which they workshopped over two hours in a Pitch Lab facilitated by Lavanna Neal and Adam Deusien.

The pitchers themselves voted for the ‘best pitch of the day’ and all seven took away cash prizes.

Best Pitch of the Day: Nicola Lambert, for Watermarks, resurfacing the stories of Canberra’s creeks.

Third Best Pitch of the Day: Tashani Fuller, for a Short film with Youth of Braidwood.